To say the girl wasn’t fond of bugs would be a profound understatement. “Next time, Alastair, you are going to be the man on the ground.” She swatted aside a dense branch of leaves and tramped on. “And I’m going to be safe and secure in the compound.”

On the other end of her headset a boy laughed. “Sydney, you knew what you were getting into when we flipped that coin.”

“Damn my gambling addiction.” she muttered, stomping on something that she couldn’t, and most assuredly didn’t want, to identify. “I thought we agreed on not pursuing our vices. Do you remember that conversation, Alastair?” Sydney spit at the ground, a spider better not have just landed in her mouth. “Virtues… virtues!”

“HA! See?” There was a crackling from the other end of the line. “I knew you would throw this back in my face. What did I say before we flipped… ‘you better not preach to high hell about building our better selves if you lose.’ “

Sydney tossed her hair back and cut a nice even slice of giant dead centipede out of her way. “You know me better than that! I’m weak! When thrown temptation I take it! You should have been a better comrade and stopped me in my tracks.”

“Are you kidding me Alastair?” she shouted to no one. “You can’t be the baby, I’m the youngest. You’re my mentor, ass hat!” The forest crowded in around her. Sun setting, shadows growing, and noises squelching from all over. Some musical, some definitely not. Sydney knew that joining the army was not something her mother wanted for her, or that her father accepted. Hell, even her brother thought she was going to die. “This better not be how I go.” To her credit though, she joined believing she could make a difference. Was she scared? Sure. Did she do it anyway? Well, clearly.

Sydney, although, didn’t think her biggest problem would be the very thing she despised most. Not humans, which she had originally thought (“Selfish ones like Alastair, especially”), but worse. Insects. The giant insect invasion had hit the Earth in the year 2020, just a month after Sydney had enlisted. Of all the things that could have happened: world war, global pandemic, even a natural disaster… of all those it had to be an alien invasion of fucking bugs.

The line came back on. “Did we learn our lesson?”

“If the lesson being that Alastair is a selfish prick more concerned with getting even then getting his brother in arms safely to the compound than yes. I did learn my lesson.”

There was a sigh on the other end. “I’m sure our superiors would understand considering who I was trying to get through the forest.”

A different sound now pervaded past her headset and filled the forest clearing. Brushing past more trees the sound grew to less of a ringing, but more like the sound of something artificial. Like a machine. “What is that supposed to mean?” If machines could buzz.

“Exactly how it sounds.” Up ahead, behind a copse of trees, one of the shadows moved.

“Vice, vice.” she muttered. In her next breath Sydney ducked behind the nearest trunk. The gun slung across her back fell easily into her hands. A bright side to this whole invasion was she learned how to survive. Surviving meant paying attention to your surroundings, it meant moving past your fear and it meant one of the first things you learned was how to use your damn weapon.

The shadow moved closer and stepped into her line of sight. Her eyes widened. Long and lean as a needle its body stalked into the copse of trees. The twilight hour had not killed the sun yet and the gleam against its metallic skin was as shiny as the gun in her hands. This bug was different than any she had seen before. Each time it stepped with one of its thin legs that buzzing intensified, as if it had gears instead of organs propelling it forward. This was unlike anything the United States had seen before. Sydney said, “I hate you.”

This was the moment. The moment she had to face again, and again. The reason she joined in the first place. She was stronger than fear. She would rise above the thrum in her chest, the sweat on her palms, the numbness in her limbs.

The girl stepped forward into the clearing just as Alistair’s voice came from the other end, “Here’s a virtue.” The gun clicked into place, sights steady right between that monster’s eyes. “Sydney, I love you too.”

And the shot rang true. 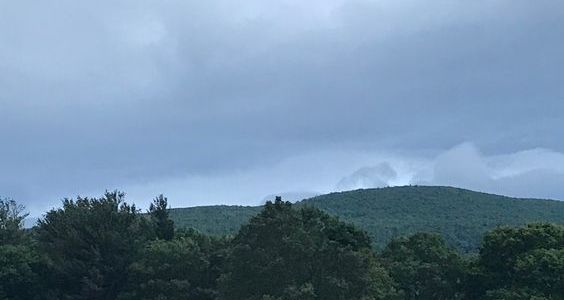 Something was watching me. My breath caught in the back of my throat and I froze.

It was a nagging feeling, the type that says the oven’s on or the door’s unlocked. Not exactly the concrete creep of a touch to the shoulder but, for the fourth time today, I felt it. I wasn’t alone.

First weaving through the high grass as I crested the hill, next meandering over the small bridge near the lake, and then sitting on the porch outside my front door. It was there, in all those places. And it was here, right now… this peculiar feeling. The best explanation I could give would be that it felt as if all my personal, private expressions were being noted. How earlier the way my arms had swung like reeds in the wind at my sides, or how my eyes had floated down to the water to catch something sparkling, or even when one of my boots tripped over the other and I tried to walk it off like it never happened. And I had been alone. Supposedly. Until in the next breath after each of those actions I suddenly became undone.

Each and every time, I turned. At the hill all I saw was the swell and buckle of the land beyond, the lake’s water had held still as if trapped in a glass and even though I heard the door creak on the porch it was held firmly shut just as I had left it. This time I determined would be different. It would be futile to turn, so I wouldn’t. Instead I would let whatever it was come to me.

I released my long held breath and bushed it off as if I hadn’t noticed anything at all. I placed my hands firmly on my hips and looked off to the trees ahead trying to focus. The longer I stared though the more the feeling grew. Maybe I had made a mistake.

In the tangle of the trees that marked the entrance to the forest, I could spy not a thing out of place. There was no wind so the leaves were still and the clouds above cast the shadows long and deep beyond the trunks. There was not a hint of movement. Trying to focus on anything else I strained to hear the birds but no songs touched my ears. My nails dug a bit deeper into my hips and I tried to tell myself maybe it was going to rain and that’s all the silence was. A calm before the storm. Instead, my heart insisted on not listening to this drivel. It pounded to its own rushed beat that even my own lies couldn’t stop. The truth it hammered again and again was this. There was nothing in the forest… but there was almost certainly something behind me.

A ghost of a touch breezed by the back of my left thigh. I stayed still. The trees filled my eyes. Look to the trees, look to the trees. But maybe I couldn’t see the forest I was trapped in for those trees. No. Don’t think like that. Choose the high road. That wasn’t real.

A trace of a tingle across my elbow. Look. No. Don’t. Look to the sky instead and try to tell one cloud from another, even though the imminent rain would make that impossible.

A curl of breath against my neck. Too warm to be from the lungs of the nonexistent wind. My heart stuttered releasing my own breath from its cage and I couldn’t take it anymore. I turned.

The porch, the lake, the hills against a gray sky were all in sight… and someone was there. But still… they were the only thing I couldn’t see.

Name's Jai Lynn, Jai like blue jay and Lynn which rhymes with sin. Speaking of sins, life is too short to not do what you're passionate about. So, I'm going to write. Welcome to my domain of poetry, short fiction, and (if you look for it) a little magic too.